On October 5, 1944, Company E of the 506 Parachute Infantry Regiment, 101 Airborne launched an attack on the SS at the dikes between the Dutch towns of Heteren and Randwijk, the Netherlands.


They succesfully cleared the area and prevented the German troops from making a diversory attack to support a larger scaled assault by the 363rd  Volksgrenadier Division on the town of Opheusden.

In Episode 5: Crossroads, of the HBO series ‘Band of Brothers’, they show more SS troops appearing from the southern edge of the dike shortly after the main US attack.

The map below was made by Cpt Winters, hence, it doesn’t show any of these SS troops coming in support from the south as depicted in the miniseries. 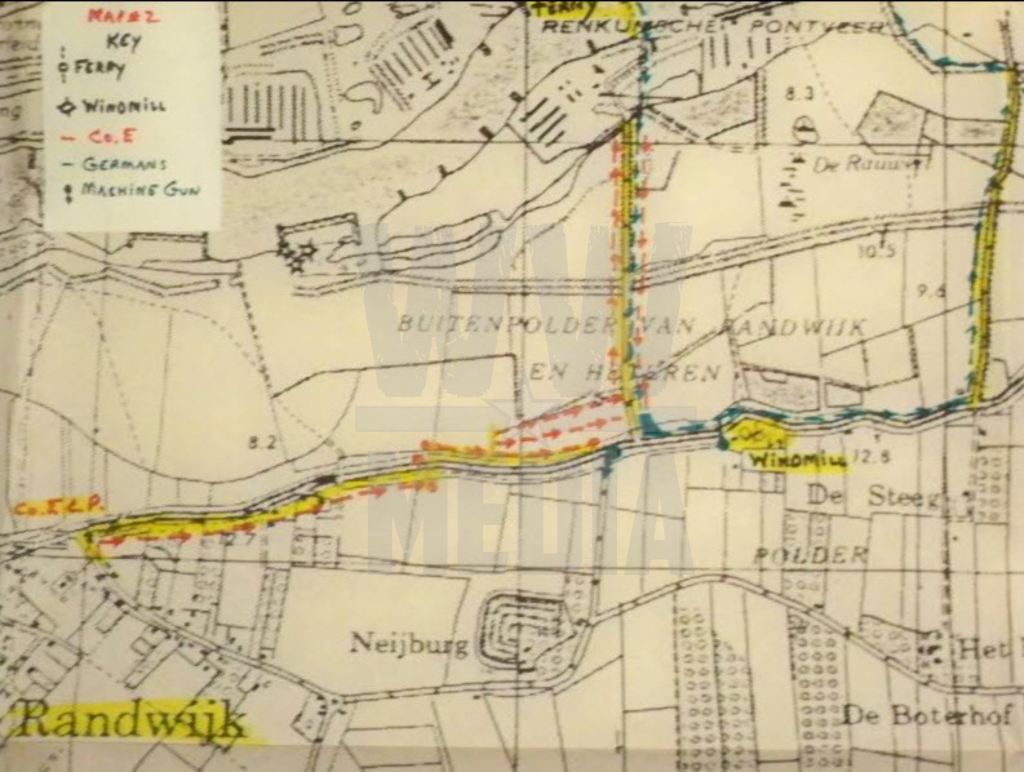 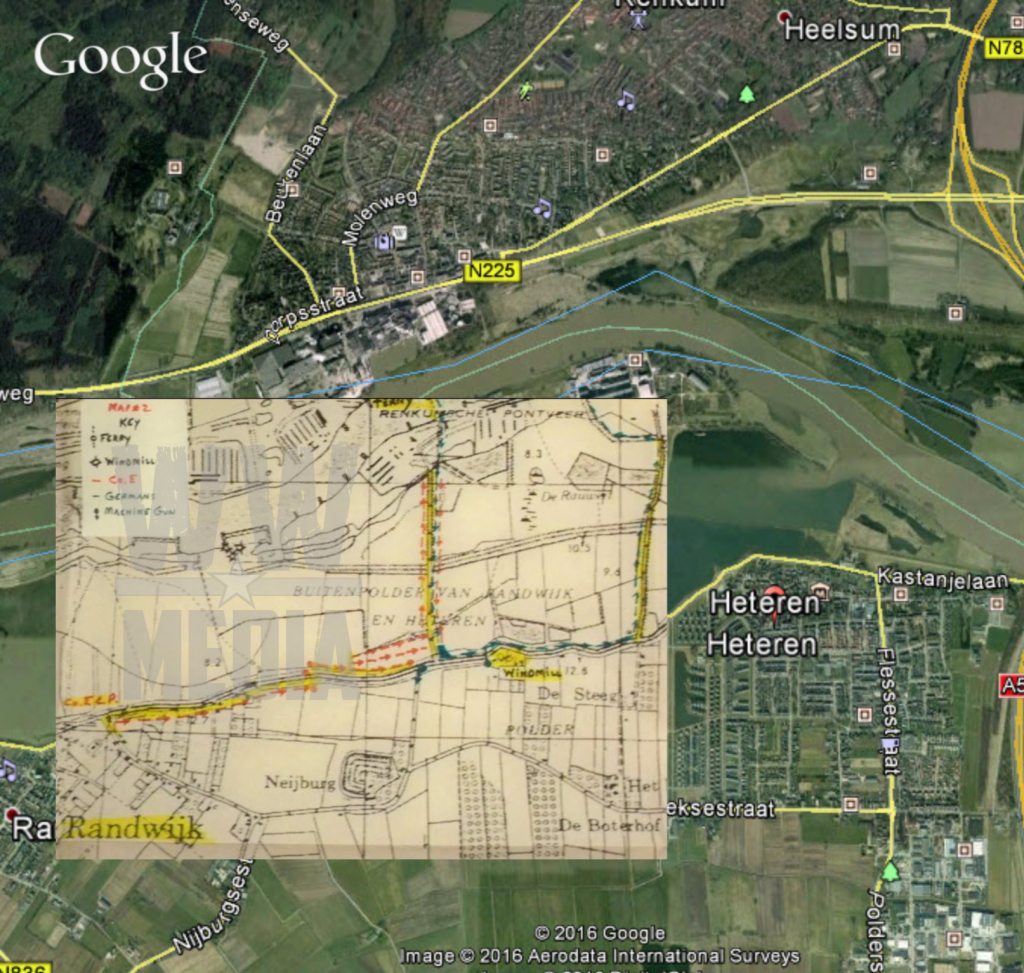