Dan West, who was called “DB” or “Daniel Boone” by the other members of Easy, joined the company at Toccoa in August of 1942. Fellow 3rd Platoon trooper Ed Tipper called him, “competent, modest and good-natured…dependable to the highest degree…a guy who always got the job done.” Cathy (West) Landis, Dan’s daughter, has never traveled to see where her father fought. She has read books and watched movies and television shows about the war, but nothing out there can come close to the emotional closure that a trip to Europe will bring. We can help her to make her dream come true, to walk the steps of her father, a WWII soldier who served for freedom.

DB jumped into Normandy from LT Bob Matthews Stick #71 and landed somewhere between St. Mere Eglise and Ravenoville. He methodically made his way to Marmion Farm and took part in the fighting to seize the small hamlet from German forces. After a couple of days, DB made his way towards Causeway #2 and during that time passed through St. Marie du Mont, where he took part in the iconic photo that adorns the front cover of Stephen Amborse’s best-selling book, Band of Brothers.


At the conclusion of the Normandy campaign, he returned to England with the rest of Easy and prepared for their next mission, Operation Market-Garden. DB jumped into Holland with the rest of Easy and endured the 70+ days of miserable conditions and incessant and nerve-racking outpost duty while on the Island. After recovering from that campaign, West, along with his Easy Company buddies, took part in the epic defense of Bastogne. He was also part of the Rhineland Campaign and like many others in Easy, enjoyed the sweet taste of victory at Berchtesgaden and the Eagle’s Nest. A high point man, he returned home to restart a life that had been interrupted by the war.

In Her Father’s Footsteps

Mrs. Landis lives on a modest income which has been severely impacted by the rising costs of medical bills. As a result, it would be nearly impossible for her to pay for a trip to Europe to walk the fields of battle where her father and his Band of Brothers served so gallantly.

Due to the efforts of GBC Tours, Cathy will have a chance to travel across Europe in September 2018, provided we can raise $6000.00 to cover airfare, ground transport, lodging and meals. Please help to provide Cathy with some closure. Help her finally stand in the places where her father fought. This is noble cause that will support a family that has given so much to the Nation and Europe. 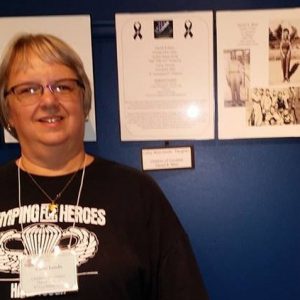 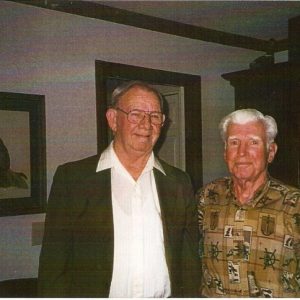