Shortly before the D-DAY landings of 6 June 1944 in Normandy, Radio Londres, a radio broadcast from 1940 to 1944 from the BBC in London to Nazi occupied France, broadcast the first stanza of Paul Velaine’s’s poem “Chanson d’autome” to let the resistance know that the invasion would soon begin . 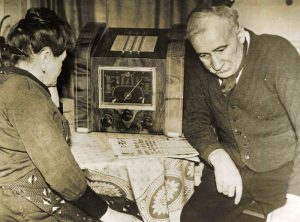 In preparation for Operation Overlord, the BBC had signaled to the French Resistance  that the opening lines of the 1866 Verlaine poem “Chanson d’Automne” were to indicate the start of D-Day operations. The first three lines of the poem, “Les sanglots longs / des violons / de l’automne” (“Long sobs of autumn violins”), meant that Operation Overlord was to start within two weeks. 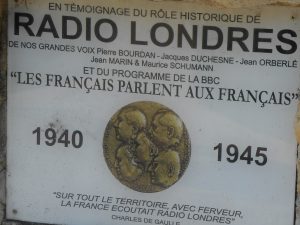