Kampina Airborne is the true story about one of the most unique feats of evasion during World War Two. The story also tells of the courage and determination of the people of the Dutch underground and resistance who risked their own lives and that of their loved ones to help and hide a large number of Allied military men that had been forced to make premature landings, by glider or parachute, into enemy territory.

During the largest airborne operation of World War Two, as part of operation Market-Garden, not all Allied transport, glider tug aircraft and gliders would reach their designated drop and landing-zones at Eindhoven, Nijmegen and Arnhem. From day one of the operation a large number of airborne troops and aircraft personnel would be forced to make premature landings, far away from their original destinations, in enemy held territory in the province of North Brabant. These military men were not only greatly assisted by the local resistance during their escape by being safely hidden, but in some cases also brought together as a large body of men, ultimately able to participate in the liberation of the area.

Kampina Airborne tells of a group of more than eighty Allied glider-borne troops who were forced to make premature landings in the Dutch province of North Brabant.

Amongst these troops were men of the British 1st Airborne Division and the American 82nd and 101st Airborne Division. This book describes the ways in which these men were assisted by the local resistance after they had landed in enemy held territory, who their resistance helpers were and the places that these men were hidden. The story also includes information about the pilots and aircrew members of the U.S. IX Troop Carrier Command and the British Glider Pilot Regiment who were piloting the aircraft.

All their names are included together with detailed information about the events that took place plus their personal experiences during the period that they were in hiding in the area south of the North Brabant capital of ‘s-Hertogenbosch between September 17 and October 26 of 1944. 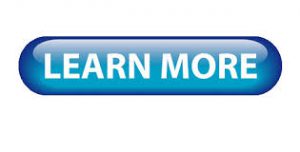