On September 11, 1944, Ernest Hemingway, a few of his comrades, Colonel Charles Truman Buck Lanham and a forward reconnaissance unit of his 22nd Infantry Regiment, 4th Infantry Division, were in the Belgian town of Houffalize – to the south of Liege, and just north of Bastogne – deep in the valley of the Ourthe River. In three-months-time it was to be the center of the great link up between the 1st and 3rd US Armies during the Battle of the Bulge and would be wrecked completely. 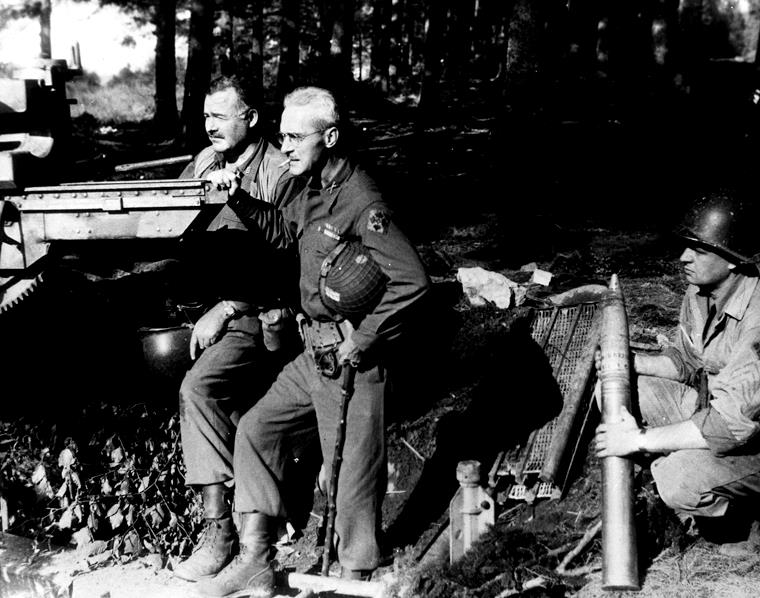 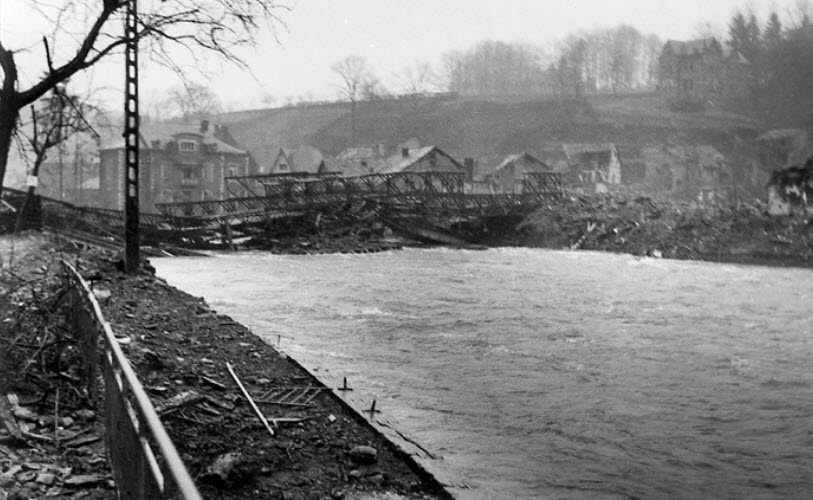 With a smoldering Lucky Strike permanently dangling from the left corner of his mouth, Col Lanham was looking through a pair of captured German Zeiss field-glasses toward the Ourthe and noticed that enemy troops had blown the bridge to cover their withdrawal a day earlier. For Lanham the bridge across the Ourthe, in the middle of the town, was essential for the eastward progress of the 22nd IR. But that didn’t bother the inhabitants of the town, who – even though many of their houses had been destroyed as the bridge went up – still heaped gifts of cakes, eggs, and bottles of wine, upon Hemingway and the rest of the “liberators.”

After frying and devouring the eggs, eating the cakes, and drinking the wine, Lanham got an assembled bunch of 22nd Infantry Engineers (A captain had found them brewing coffee less than three miles down the road) to gather together as many villagers as they could to start rebuilding the bridge with anything they could lay their hands on. “ Wish I could get my hands on a Bailey Bridge, Ernie,” he said, “but the darned Limeys keep them all to themselves, and the few the US have are in Holland.”

Hemingway chose not to help re-build the bridge, but instead sat on a fence watching, drinking, and shouting orders on bridge-building techniques. Many of the town’s inhabitants, who genuinely thought Hemingway was in charge, immediately started referring to him as the General. Hemingway told them he was not a general, only a captain, and after being quizzed as to why he held such a lowly rank replied in deliberately broken French:“Can’t read nor write is why. Never quite got around to it, but hell that don’t hold anyone back in the good old US Army.”

Ernest Hemingway was, as ever, enjoying himself hugely, and Lanham never told the locals who was really in charge; ”Why confuse them when they were building such an excellent bridge?”