Aug. 17, 1943. A massive formation of B-17s thundered toward Germany on a mission to bomb the Messerschmitt aircraft factory at Regensburg. For the U.S. Army Air Forces, the day would end in disaster.  Of the 146 Eighth Air Force bombers on the raid, German anti-aircraft guns and fighters shot 24 out of the sky and badly damaged at least 50 others.


The first plane to fall was Dear Mom, with Staff Sgt. James W. Tolbert of the North Side aboard as tailgunner. The 19-year-old was lucky. After the front of the plane exploded, knocking him out and breaking his nose and jaw, he regained consciousness in time to parachute out. The German fighter that shot up his plane swept in on him as he descended, but the pilot dipped his plane’s wings in a show of respect and let him live. Six of Staff Sgt. Tolbert’s nine crewmates died either in the initial explosion or when the plane hit the ground.

Staff Sgt. Tolbert was taken in by villagers in the town of Lummen, Belgium, but German soldiers soon captured him. He spent the rest of the war as a POW along with the radio operator, Arthur McDonnell of Massachusetts. Two other survivors — waist gunners Beverly Geyer of Texas and Jacob Dalinsky of Pennsylvania — escaped to North Africa with the help of the Belgian resistance.

The fate of Dear Mom is just a footnote in the grim annals of World War II, but it will always be remembered in Lummen, Belgium.

Staff Sgt. Tolbert died in 1997 after spending his life working as a boilermaker in Pittsburgh’s mills and raising 12 children in Emsworth with his wife. One of his sons, John Tolbert, 57, a real estate appraiser in Connecticut and a former history teacher, made the trip to Lummen in 2013 to pay tribute to his dad. “I wanted to represent him and our family,” he said .”I feel that this is something he deserves and I would love to be there in person.” ‘He didn’t really talk about a lot of things’ 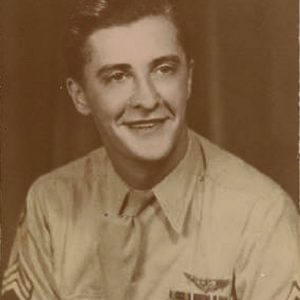 Growing up in Emsworth, John Tolbert managed to get his father to open up about the war only now and then, and never did learn many details. “He had a hard life,” he said. “He didn’t really talk about a lot of things.”

The Belgian monument was a bit of a mystery to him, too. But it all became clear at the ceremony, attended by the local mayor and other dignitaries, an American embassy official and an honor guard. As soon as he learned about the project from Rudi Kenis, John Tolbert knew he wanted to go there. The Belgians had taken it upon themselves to build the monument as a show of appreciation for Americans who helped liberate Belgium from the German war machine.

In 2003, Mr. Tolbert had stopped at Lummen while on a European vacation with his wife. One of the locals showed them where the B-17 had crashed, but there was no marker of any kind. As they were leaving, Mr. Tolbert commented that there should be one. A retired teacher from Lummen named Rudy Kenis, who has been researching wartime air crashes in Belgium for 40 years, thought so, too. He had the idea for a monument two decades ago but said no one else was interested. But he persisted, and the effort gained steam. The work started in July 2013 when Mr. Kenis’ cousin, Nico Cypers, found someone to build the monument. A newspaper reporter, Koen Luts, and a local historian, Reg Jans, helped in organizing the ceremony. In trying to find relatives, Mr. Kenis came across a website dedicated to the Tolbert family and contacted John Tolbert to tell him about the project.

“May this monument keep the memory alive and pay tribute to all the great men who paid the highest price for our freedom, those who came back and those who never returned,” Mr. Kenis said on a Facebook page dedicated to the monument. “Lest we forget.”

Over the years, Mr. Kenis said he had heard so many stories about air crews and crashes during the war that he felt obligated to do something for those lost. “They are all heroes we may never forget,” he said by email last week. “I was impressed when I saw thousands of graves here in Belgium from those who died. And all those men did this to give us our freedom back!” 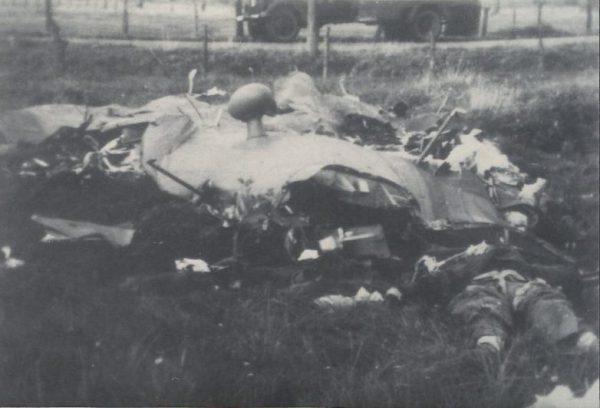 Orphan at 14, soldier after high school
The World War II generation is dwindling, and soon the war will exist only in memory and archive. James Tolbert was like so many Americans who came of age in those years — toughened by the Depression and tempered by war. He knew hardship early on.

By the time he was 14, both of his parents were dead and his sister, Clara, became his caretaker on Success Street. He graduated from Oliver High School and enlisted in 1942, training in Texas as a gunner before shipping overseas in 1943.

He had flown about a dozen missions by the time of the Regensburg raid, according to correspondence from his sister. The bombers, part of the 94th Bomb Group, took off at 6 a.m. from Bury St. Edmunds in England and encountered heavy flak from anti-aircraft guns soon after crossing over the Belgian coast.


In an after-action report, Staff Sgt. Geyer said the crew was expecting P-47 escorts. But they never showed up. What he thought was a formation of escorts turned out to be a swarm of German Focke-Wulf 190s. One of them, piloted by the famed German ace Karl Borris, opened fire with its 20mm cannon, striking Dear Mom’s oil tanks. Staff Sgt. Geyer said he saw oil and pieces of the wing fly past him as the plane flipped to one side and started to go down. The pilot, Bernard Nayovitz, ordered everyone to bail. As the men scrambled for their chutes, the front of the plane exploded and the fuselage broke in half. Six of the crew in the front of the plane were killed — Lt. Nayovitz of New York; co-pilot James Smith of Alabama; navigator Murlyn Burnett of Oklahoma; bombardier Robert Allison of Pennsylvania; top gunner Albert Beyke of Ohio; and ball turret gunner Jack Loveless of Washington, D.C. The other four bailed out, although none saw what happened to Staff Sgt. Tolbert.

As he descended in his chute, an FW190 approached. Staff Sgt. Tolbert thought he was going to be machine-gunned. “A fighter made a turn for me as I was hanging in my chute, and flew by me and dipped his wings,” he told his sister. “The dip is a sign of respect, or a salute.” When Staff Sgt. Tolbert landed, his face bloody and his ankle injured, the villagers picked him up and carried him to a nearby tavern. Because of the blood, they thought he was going to die and summoned a priest in addition to a doctor. German soldiers soon arrived and took him into custody, loading him onto a hay wagon with Arthur McDonnell. Both were taken to a hospital about 10 miles away. While there, the German fighter pilot who had dipped his wings came to visit. It was almost certainly Karl Borris, who by the end of the war would shoot down five B-17s and 28 Spitfires, but records aren’t clear. At any rate, the officer saluted him and shook his hand. “Were it not for the war,” he said, “perhaps you and I could have been friends.” 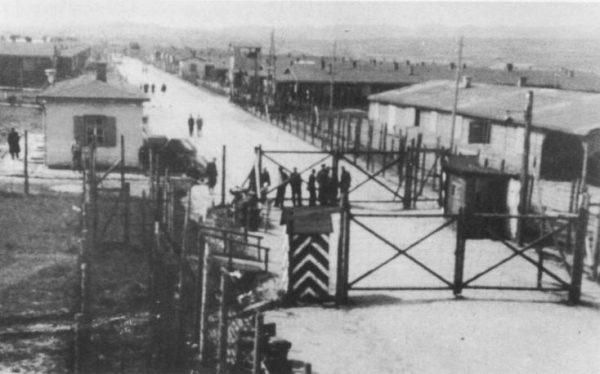 Two years in Stalag 17
John Tolbert said his dad told him that story once when they were watching a simplistic Hollywood war movie that portrayed all the Germans as evil Nazis.

“He tried to teach me that wasn’t true,” he said.

Staff Sgt. Tolbert said he was also treated well at Stalag 17, the Austrian POW camp where he was held captive and where one of the friendly guards showed him pictures of his own family. Staff Sgt. Tolbert spent nearly two years in that camp, which later became the subject of a popular 1953 movie.

After the war, Staff Sgt. Tolbert came home and got on with his life, like millions of other vets, and rarely talked about any of what he’d seen.

It’s a pattern repeated again and again among combat veterans of the big war. “I feel that he never wanted recognition,” said John Tolbert. “He may also have felt a sense of guilt” that he survived and others didn’t. “He used to shrug his shoulders and say the only heroes he knew were the ones who didn’t come home.” 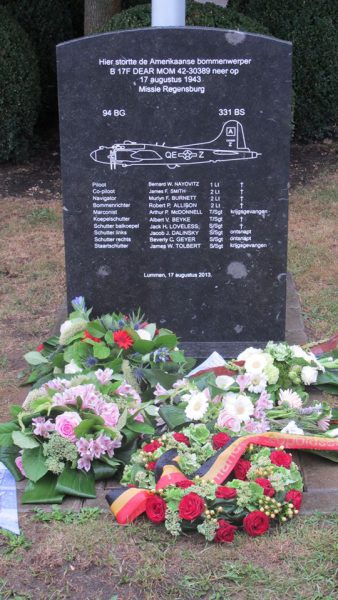